Beneath the Rose | Scarlet Imprint.

Why do we love nonsense? Why do we love Lewis Carroll with his “‘Twas brillig, and the slithy toves did gyre and gimble in the wabe, all mimsy were the borogoves, and the mome raths outgrabe…”? Why is it that all those old English songs are full of “Fal-de-riddle-eye-do” and “Hey-nonny-nonny” and all those babbling choruses? Why is it that when we get “hep” with jazz we just go “Boody-boody-boop-de-boo” and so on, and enjoy ourselves swinging with it? It is this participation in the essential glorious nonsense that is at the heart of the world, not necessarily going anywhere. It seems that only in moments of unusual insight and illumination that we get the point of this, and find that the true meaning of life is no meaning, that its purpose is no purpose, and that its sense is non-sense. Still, we want to use the word “significant.” Is this significant nonsense? Is this a kind of nonsense that is not just chaos, that is not just blathering balderdash, but rather has in it rhythm, fascinating complexity, and a kind of artistry? It is in this kind of meaninglessness that we come to the profoundest meaning.

via Sense of Nonsense: Alan Watts on How We Find Meaning by Surrendering to Meaninglessness | Brain Pickings.

Meet the man whose utopian vision for the Internet conquered, and then warped, Silicon Valley – The Washington Post.

Extinction Symbol on Twitter: “Since this picture was taken, humans have exterminated more than half of Earth’s wildlife. http://t.co/eQKVYG3ZYJ http://t.co/cTqcQD3IBy”. 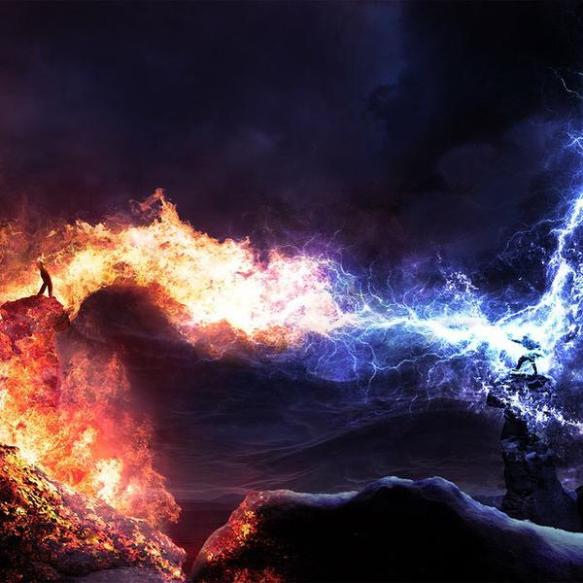 Esoteric Savage™ on Twitter: “”Every fact of science was once damned. Every invention was considered impossible. Every d… http://t.co/J89SkWgeHJ http://t.co/BzlwcfvRX6”.

The threat to free expression posed by unrestrained government institutions has created the need for a new front against the quiet, malignant growth of state power over the web granted to it by its rapidly-increasing technological capabilities. The anti-institutional radicalism inherent in libertarian ideals provided Snowden, Assange and Greenwald with an intellectual basis for their extralegal activism and a politically active community for support; it likewise ensured that libertarianism earned a way to not only distinguish itself from conventional “right wing” political thought in the public eye, but provided a real-world justification for its radical characteristics and brought its ideas to a wider audience. This sort of electronic civil disobedience could provide a resilient, anti-fragile bulwark against unchecked state power that legislation and conventional activism has been otherwise unable to create.

via Center for a Stateless Society » The Natural Right of Cyber-Dissent.

The late and formerly Left provocateur Christopher Hitchens once usefully described “the essence of American politics” as “the manipulation of populism by elitism”: the cloaking of plutocratic agendas, of service to the rich and powerful, in the false rebels’ clothing of popular rebellion; the hidden and “unelected dictatorship of money” (Edward S. Herman and David Peterson) masquerading in the false rebels’ clothes of the common people. “That elite is most successful,” Hitchens added in his study of the classically neoliberal Clinton presidency, “which can claim the heartiest allegiance of the fickle crowd; can present itself as most ‘in touch’ with popular concerns; can anticipate the tides and pulses of public opinion; can, in short, be the least apparently ‘elitist.’ It is no great distance from Huey Long’s robust cry of ‘Every man a king’ to the insipid ‘inclusiveness’ of [Bill Clinton’s slogan] ‘Putting People First,’ but the smarter elite managers have learned in the interlude that solid, measurable pledges have to be distinguished by a reserve’ tag that earmarks them for the bankrollers and backers.”

The Democrats have no monopoly on such manipulation in the two-party system. The Republicans have long practiced their own noxious version. Still, the division of labor between the two dominant corporate and imperial political entities in the US party system assigns the greater role to the Democrats when it comes to posing as the political arm of the working class majority, the poor, women, and minorities at the bottom of the nation’s steep and interrelated hierarchies of class, race, gender, ethnicity, and nationality. For the system-serving task of shutting down, containing, and co-opting popular social movements and channeling popular energies into the nation’s corporate-managed, narrow-spectrum, major-party, big money, and candidate centered electoral system, the Democrats are by far and away “the more effective evil” (Glen Ford’s phrase).

via Bernie Dreaming and the Hillary Money Machine » CounterPunch: Tells the Facts, Names the Names.

Khaled Bey on Twitter: “A clear and easy-to-follow diagram of geopolitical relationships in the Middle East. http://t.co/vt8SMylzw1”.