Therefore, if Jack Donovan is stating there is something, someone emasculating modern men, one possible explanation is that the current rulers fear revolt, or fear usurpation, largely due to the lack of WW2-type large scale external threats.

And this is actually something a Moldbug type political analysis could be relevant to. Who are the modern rulers? Why do they fear revolt or usurpation? Why cannot they just engineer a sufficiently scary external threat? Of course, it would only be a suitable threat if it would be equally threatening to elites (so that they sound convincing in condemning it) and to the plebs (so that they actually rally behind the elites and don’t just go meh) ?

And the million dollar question is: why is it so that whatever threats, real or imaginary, scare modern elites, they don’t scare the plebs, and what scares the plebs, does not scare the elites? Do they have no existential interests in common?

Source: From Moldbug to Donovan and back | Dividuals

Materialists find it reasonable to suppose consciousness is an illusion. Were consciousness illusory, what are the rational conclusions? How would materialists act differently than they did before? They shouldn’t – logically, there’s probably no consequences. However, if materialists manage to get it widely accepted, they’ll use it for coercion. They’ll say your dislike for policy X is illusory, and therefore not a reason to oppose it.

Consciousness is the fundamental quality of humanity. For example, if language or planning make us not like other animals, then we have those things because we first evolved full-blown consciousness. If humanity has a purpose, it involves consciousness somehow, both because of the above, and because passions precede reasons. Values require consciousness, and it is in service of values that reason is employed.

Primarily what humans care about, what humans value, are other consciousnesses. If there is a god instinct, then humans wish to find a superior consciousness and put themselves in service to it. If the god instinct is just another cultural mind-virus, then humans wish to serve their own consciousness, and those of their friends and family. This latter may be a contingent result of having evolved to be a social species, but also it may be a necessary result of having evolved consciousness. Materialism, like any philosophy, should serve its hosts. Having the hosts serve materialism is sublimely perverse. Of necessity, materialism denies that the host can be subjectively served.

Note that many powerful materialists use the philosophy cynically, for their own benefit, without truly believing. I happen to doubt the Pope is Christian either.

Consciousness is the tool through which you appreciate everything else. A thing with no conscious manifestation is a thing that doesn’t exist. For example, we can’t feel nuclear radiation directly. But, we can hear clicks on a Geiger counter, and we certainly feel it if we die of cancer. If consciousness is an illusion, existence is an illusion. 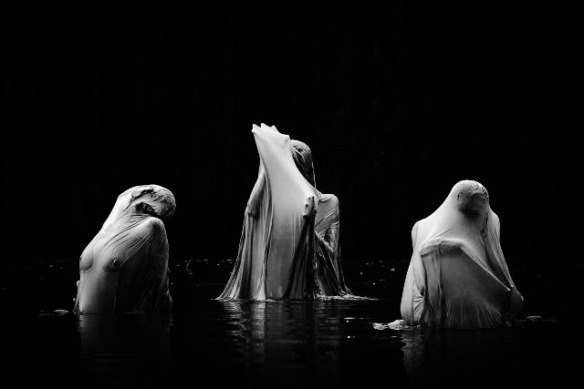 Imagine a dystopia in which every man is constantly surveilled. Where he is conditioned from birth to be non-aggressive. Where he is constantly subjected to demoralising propaganda that compels him to go against his natural inclinations. Where a glowing panel exists on his wall and desk that constantly reminds him he’s pathetic, guilty, and monstrous. A society that requires him by law, both at home, and at work, to submit to women. And for the discontented man, there exists synthetic joy in the form of pills and sex in the form of virtual pleasures.

Oh wait, that’s the way our society already is. And it is that way for a reason. We know that nuclear weapons can be used by states to destroy all life, in addition to society. What most people don’t know, is that computing technology has increased this fragility exponentially. Dan Geer once said, “I can take down the Internet and so can you.” Even a brute can make the whole thing crumble like a cookie with a pair of bolt cutters, if he knows where to cut.

We live in a society where even the most common individual has far too much power. That is why our leaders feel he must driven into a dismal state of state of submission, so that thoughts of doing the aforementioned things become unthinkable. That is the state of the world today.

But now that we’re entering the age of homemade floating drones with guns, one can expect this dystopia to only get worse. Because man has drones, he shall be turned into one. This is because the democratisation of violence requires a concomitant rise in social control, so that order may be maintained.

The movement of millions of Africans to the New World, during a period of roughly four hundred years, was by any standards a major historical phenomenon, with long-term international consequences. To assess these consequences, we need to look at the three corners of the Atlantic’s “triangular trade”. First, what effects did the trade (and the loss of so many people) have on Africa itself? Second, how important was the trade to the development of the Americas? Third, what was the impact of the trade on Europe? Could Britain, the first “industrial nation”, have industrialised without the slave trade? 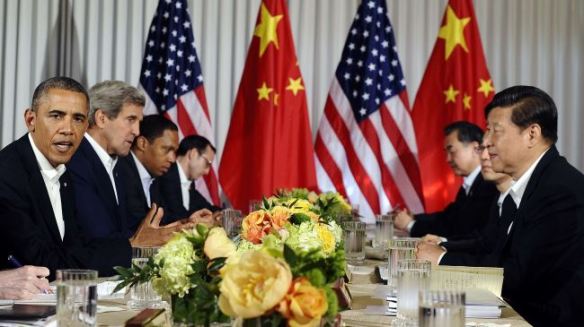 In ways that have eluded Washington pundits and policymakers, President Barack Obama is deploying a subtle geopolitical strategy that, if successful, might give Washington a fighting chance to extend its global hegemony deep into the twenty-first century.After six years of silent, sometimes secret preparations, the Obama White House has recently unveiled some bold diplomatic initiatives whose sum is nothing less than a tri-continental strategy to check Beijing’s rise.As these moves unfold, Obama is revealing himself as one of those rare grandmasters who appear every generation or two with an ability to go beyond mere foreign policy and play that ruthless global game called geopolitics.

In this Book Forum, our commentators respond to Theresa MacPhail’s provocative ethnography of influenza research and public health response, The Viral Network: A Pathography of the H1N1 Influenza Epidemic.  Lyle Fearnley, Katherine A. Mason, Natalie Porter, Adia Benton, and Carlo Caduff reflect on — among other issues — the place and privileging of the laboratory, the simultaneously limiting and lubricating effects of network connections, the problems with foregrounding expertise over power as an explanatory framework, and the way that experts wield speculation and temporality as tools in the global health arsenal.  Theresa MacPhail concludes with a response and meditation on her notion of pathography and the continued mutations of a viral anthropology. 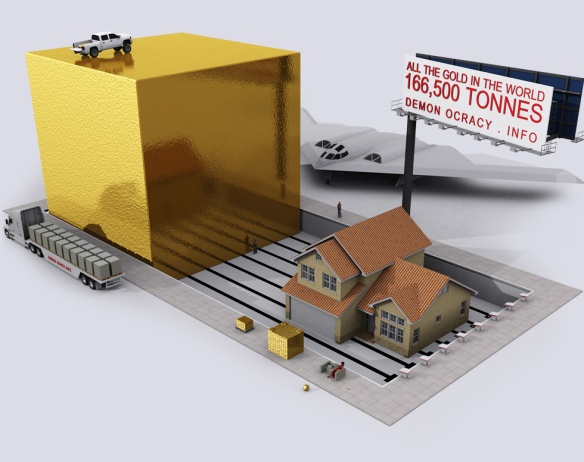 For the companies exploring for gold, a deposit that has more than one gram of gold for every tonne of earth is an exciting prospect. In fact, in our 2013 report summarizing the world’s gold deposits, we found that the average grade of gold deposits in the world is around that amount: about 1.01 g/t.

Think about that for a moment. One gram (0.035 oz) is equal to the mass of a small paper clip. This small amount of gold is usually not even in one place – it is dispersed through a tonne of rock and dirt in smaller amounts, most of the time invisible to the naked eye. For some companies that have the stars align with easy metallurgy, a deposit near surface, and open pit potential, this gram per tonne deposit may even somehow be economic.

It’s hard to believe that such a small amount of gold could be worth so much, and that is why great visualizations can help us understand the rarity of this yellow metal. Luckily, the folks at Demonocracy.info have done the heavy lifting for us, putting together a series of 3D visualizations of gold bullion bars showcasing the world’s gold that has been mined thus far.

Source: All The Gold In The World | Zero Hedge 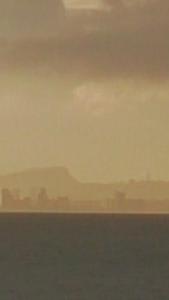 The favourite haunts not there

Another version the only known

Previous selves sifted like sand in faint waves of recognition 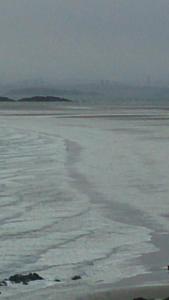 Other connections made, met

On bike, foot, land over sea

The silence of identity derailed by the

In commuting, communicating the other of you

Juttering and solidifying assertions of the inner geography 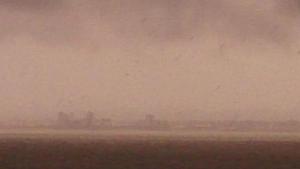 Footsteps melting and falling into water

building distance for bridges, for purpose, for contrast

Subaquatic soundtracks of relief and sway 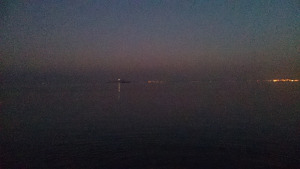 Flashlights of warning, of party, of rescue

dancing and poured drinks on marble, wooden feet on the… 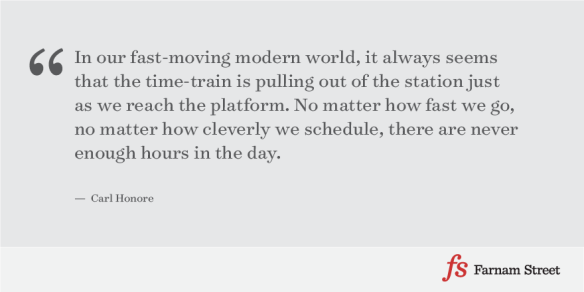 We live in a world of scarce understanding and abundant information. We complain that we never have any free time yet we seek distraction. If work can’t distract us, we distract ourselves. We crave perpetual stimulation and motion. We’re so busy that our free time comes in 20 second bursts, just long enough for us to read the gist and assume we understand. If we are to synthesize learning and understanding we need time to think. 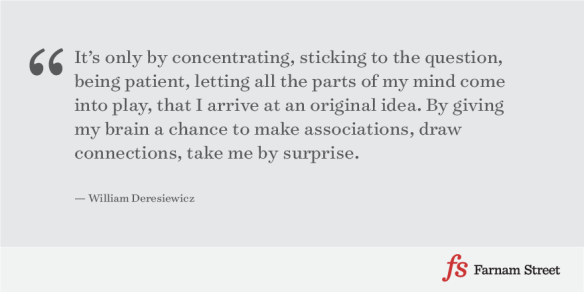 Source: In Praise of Slowness: Challenging the Cult of Speed