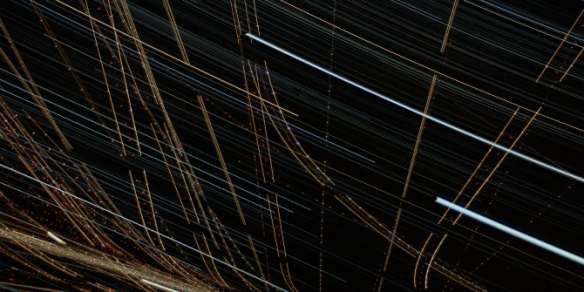 As a whole, the work explains that ‘the unconscious is neither individual nor collective, it is everywhere that a labour of signs bears on reality and constitutes a “vision” of the world’. In other words, any context – economic, scientific, artistic – in which the world is represented, thought of or explained has an unconscious where, like the unconscious described by psychoanalysts, things are repressed. This is what Guattari calls the ‘complexity of contexts’, and to try to understand these via a set of semiotic master keys is absurd. The ideas, images and uprisings repressed in a school in twentieth-century Paris, for instance, are not those repressed in a bedroom in fifteenth-century Spain, an asylum in nineteenth-century England or the Sennedd in twenty-first-century Wales. The idea that there could be some universal referent to unlock the power, politics and meaning of every context is an error of everyday existence. In fact, for Guattari, such a belief is ‘a fundamental procedure for the dissimulation of the real functioning of power formations’. The search for those master keys masks what’s really going on. Being cannot be reduced to ‘eternal and universal coordinates’. In other words, the book asks how we can really understand our relationships to each other and to the world in specific times, places and discourses, and what the limits of that understanding might be.

Source: Book Review: Lines of Flight: For Another World of Possibilities by Félix Guattari | LSE Review of Books

1 thought on “ Lines of Flight: For Another World of Possibilities ”