The radical conclusion is this: if the state unifies the regulatory tendencies of labour and surveillance—and one particular species of war—this specific conjuncture which we label politics diminishes in tandem with the diminishing importance of the human. Integrating Marx and Nietzsche, we may say that as automation extends further and further the state, like capitalism as a human, social formation, is itself poisoned.

In the introduction to his unpublished work NecroPhysics—so far circulated only in manuscript form—Rhett Allain, an associate of Warwick University’s Cybernetic Culture Research Unit now working as a physicist in America, puts the point explicitly. ‘If we are worried of the machine, it is for good reason. Radically conceived not in the Guattarian sense but in its constituted technoricardian sense as an other to human life itself, the machine is a threat to the very basis of human existence. It is an icon of dead labour, an icon of death as such. But so much the better…’

Source: Antipolitics and the inhuman – The Cyclonograph 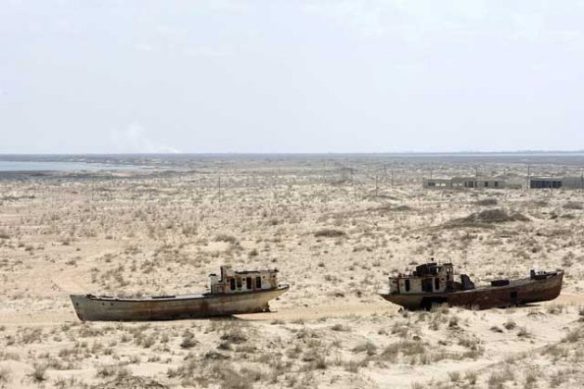 Source: Our Planet Is on Fire 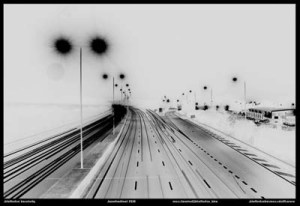 In the comments to my previous post, Sketches on Mutant Design, RS Bakker raised an important point on the technologies insulated in the core of neoliberal functionality: “I think we all need to bite the big data bullet. The machines are great at isolating patterns–they are here to stay. Critical theory has to break up the technocratic monopoly on the interpretation of those patterns.”

This is an important point to make: beyond the profit motivations of multinational corporations, military operations and the borderless surveillance state, big data plays a fundamental and necessary role in our lives. It contributes to an overall ease of life in every domain, from the bulk data-basing and analysis in healthcare to the massive logistics involved in transportation of people and goods around the globe. Big data is a media construct, and it is through its mediation that we grasp the scope of the…

We exist in that rubble. The Aztec Empire conquered its world, strip-mined its future, and turned human populations into fungible objects. Contemporary society too has nowhere else to go: capital has saturated the earth, and outer space is a void. Our world, with the monstrous totality of its stability and order, is relentlessly producing its own destruction. In fantasies of black holes and the wrath of God; in the actuality of an atmosphere flooded with carbon dioxide and a biosphere denuded of all life. We missed the apocalypse while we were waiting for it to take place. Baudrillard writes: “Everything has already become nuclear, faraway, vaporized. The explosion has already occurred.” Capitalism built a corpse-world. Its sun keeps rising every morning, whatever we do, but it’s growing hotter in the sky; poisoning the seas, frizzling farmlands to desert, carrying out Tezcatlipoca’s last act of revenge.

Source: The Aztecs foresaw the end of the world | The Outline

Fundamentally, we find ourselves in a state of constant war, a fierce dispute between different visions of the future, between social and political ontologies and between nature and technology. In this sense, technoshamanism manifests itself as yet another contemporary network which tries to analyze, position itself with respect to and intervene in this context. It is configured as a utopian network because it harbors visionary germs of liberty, autonomy, equality of gender, ethnicity, class and people and of balance between the environment and society that have hitherto characterized revolutionary movements. It is dystopian because at the same time it includes a nihilistic and depressive vision which sees no way out of capitalism, is disillusioned by neoliberalism and feels itself trapped by the project of total, global control launched by the world’s owners. It sees a nebulous future without freedom, with all of nature destroyed, more competition and poverty, privation and social oppression. And it is entropic because it inhabits this paradoxical set of forces and maintains an improbable noise – its perpetual noisecracy, its state of disorganization and insecurity is continuous and is constantly recombining itself. Its improbability is its dynamism. It is within this regime of utopia, dystopia and entropy that it promotes its ideas and practices, which are sometimes convergent and sometimes divergent.

In practice, this manifests itself in individual and collective projects, be they virtual or face-to-face and in the tendencies that are generated from these. Nobody is a network, people are in it from time to time according to necessities, desires, possibilities, etc.

On this view, it follows that perception is grounded in the actions of the person; it is a skill of combining the manifold of sensibility into the semantically hued diorama of meaningful experience that all people experience as they navigate the world. As a skill of perception, experience can be said to consist in various levels of detail and nuance; it is shot through with skillful means at the ground level, means trainable and plastic in nature. Indeed, if one takes the position that philosophy is an activity that intervenes upon the initial order of skilled perception, then it becomes clear that philosophy is a means for acting upon action. Philosophical practice on this view is itself something like a somatic or practical activity, one that makes contemplation—in the sense of marking out a space for observation—its own kind of skilled action, executed in an environment.

Mindfulness, whether distinguished as a state, trait, or training, is central to a growing wave of interest in meditation. Theoretical development has been called for in order to clarify confusion about mindfulness from a scientific perspective. Ideally, such development will allow ingress for more traditional perspectives and guide inclusive research on the wider range of meditation practices. To address this call, we outline a new approach for understanding mindfulness and related meditative experience that accommodates diverse perspectives. In accord with other integrative approaches, we employ foundational psychological constructs (namely, attention, intention, and awareness) to understand mindfulness. In contrast to other theoretical perspectives, however, we utilize this foundation to derive novel psychological constructs needed to better explain mindfulness and important features of meditative experience more widely. The contemplative cognition framework integrates three attention-related processes entailed by a variety of contemplative practices: intended attention, attention to intention, and awareness of transient information. After delineating this set of three processes, we explain how they can cooperate to promote a contemplative range of metacognition about attention, intention, and awareness, as well as enhanced regulation of cognition, emotion, and behavior. The contemplative cognition framework (a) overcomes discrepancies in mindfulness research; (b) accounts for contextual and motivational aspects of training; (c) supports investigation from phenomenological, information processing, neurophysiological, and clinical perspectives; and (d) enables investigations on various contemplative states, traits, and practices to inform one another. This new approach has potential for advancing a more inclusive, productive, and theory-driven science of mindfulness and meditation.

OV: If you’re asking me about the current US media landscape, I think Donald Trump is a good example. Why did he have so much more media coverage in comparison to the other candidates? While others tried to make arguments, Trump looked at the form. He was constantly serving small, crazy and controversial bits that were picked up by the media. These memes then unleashed other messages. The left should think much more about pleasure and the pharmacological aspects of media, design and communication and after that about arguments. The current US media works like a drug in the literal sense. Trump was good at keeping millions of people high, even tough it was a bad high. I agree with Bernard Stiegler when he speaks about destruction of attention and the resulting destruction of care. Technology enables this every day. The atomizing digital sphere does what Hollywood entertainment could not do now. What’s left is an addicted population. Technology can be added to the list of other drugs, especially pharmaceuticals and bad food. Memes seem to like an environment dominated by any kind of drugs. Unfortunately, bad memes result largely from a culture dominated by social networks like Facebook, produced and consumed by people on bad drugs.

While memes can build stories, todays data/media sphere is largely loosing its narrative. Trump acts without a narrative and this seems to correspond with how the media, especially social media, operate. The destruction of the narrative corresponds with what Rushkoff calls “the constant now”. In order to replicate the feeing of pleasure that we gain from the states of being in the constant now, we need to be fed bits of media without a narrative context because the instant, temporal gratification is what brings pleasure. Franco Berardi (Bifo) has been writing about the rise of use of cocaine in the creative industries because this helped people to focus attention. Have you seen the current fidget spinner craze?

Cocaine is still there, but as cocaine makes people high, so does media—and this is not new—we accept that never before media operated as explicitly as a drug and it never operated as a drug with such an addictive potential with such immense social costs. The USA is the most drugged nation in the world. Memes like this because with slight mutations they can travel fast and wide until they are able to make people high.

Source: The Twilight of Anthropolatry – Ecosophia

War machines are dissolved in oil. The role of the oil pipeline is not military defense but life support. The pipeline provides oil as a strategic lube and a neutral vehicle of war machines with a mobile and diffusive effectivity. Oil reaches the crusading fronts through the pipeline. Once oil reaches its destination, the crusading war machines, whose first disposition is to be dynamic, will fuel up and assemble themselves with the oil and its derivatives. As the machines of the western enlightenment consume oil either by bruning the blob or fattening up on the blob, the smuggled war machines start to activate and are chemically unbound. The nervous system and the chemistry of war machines smuggled through oil infuse with the western machines feasting on oil unnotices, as petroleum has already dissolved or refinedly emulsifided them in itself, as its chemical elements or its essential derivatives (Islamic ideologies, ambitions, implicit policies, socio-religious entities and formations, etc.). Negarestani Reza, Cyclonopedia. Melbourne: Re-Press, 2010. P71

Source: # PHILOSOPHY /// Oil as the Black Corpse of the Sun (Cyclonopedia + Jarhead) – THE FUNAMBULIST MAGAZINE