In an essay on inequality in 2015, The Atlantic talked about the effects of poverty on children.

“Children from families with less income have relatively less extensive and privileged social networks and, compared to their rich peers, are more likely to experience the type of “toxic” stress that can hamper brain development and long term academic, health, and economic outcomes. In short, inequality entrenches immobility not just by enabling increasingly unequal transfers of wealth from one generation to the next, but also through a number of more subtle pathways that affect opportunity on a daily basis. As more of the benefits of growth flow to a narrower slice of households at the top of the wealth scale, it becomes increasingly more challenging for the majority on the wrong side of the inequality divide to make the investments in themselves, their children, and their neighborhoods that can foster their mobility. Once political power is added to the mix — the established fact that the beneficiaries of high inequality are disproportionately influencing public policy on their behalf — the opportunities for the middle class and poor to build better lives become even more limited.”

Kimberly Noble, professor of neurology and education at Columbia, found in a study that poverty physically affects the brains of low income children: “Family income is significantly correlated with children’s brain size — specifically, the surface area of the cerebral cortex, which is the outer layer of the brain that does most of the cognitive heavy lifting. Further, we found that increases in income were associated with the greatest increases in brain surface area among the poorest children,” Noble said in 2015 in the Washington Post. A 2013 study found that more Americans are living in high-poverty areas — where annual income is below $23,000 for a family of four — than at any other point in our nation’s history.

via This Is What Oligarchy Looks Like – Eric B. Maier – Medium

… a comrade in time. An engine of will. A shaper of a black current. Stick the key in and break it off. The Voice says: It is only in making oneself a disciple of total dissolution, by waging jihad on form itself, that one can see their work completed. Tesselation is hubris. To design, to plan, is to fail: the only success is in making oneself a part of the slavering mob of time that is always waiting patiently. An architecture of patience. The entropic assault is at the gates …

via Gateway to the West – Vast Abrupt

via Treatise on the Nomadology: Axioms, Propositions, and Problems – DI Research Zone 22

What is obvious at present is that the Left no longer considers its outside. The trauma that the election of Trump occasioned in so many Leftist communities could be (and was) articulated as a Cthulhic trauma: “the unthinkable has happened — now what?”

via Killing Floor: the Business of Animal Slaughter 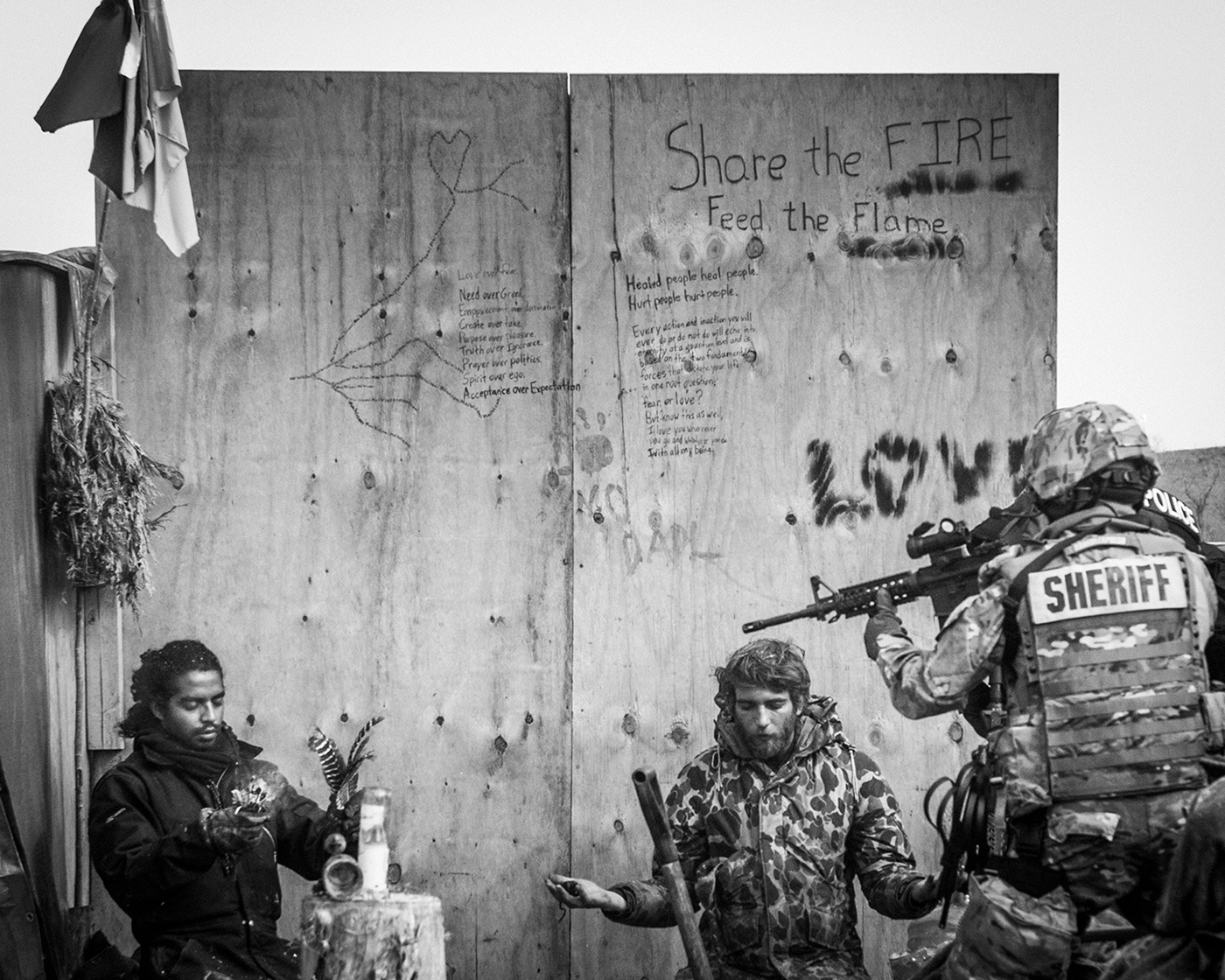 via PHOTOS: Since Standing Rock, 56 Bills Have Been Introduced in 30 States to Restrict Protests | The Nation

What’s interesting about animism or paganism—the pre-monotheistic religions—is that the world is, if you like, enchanted. That is to say, every hill, every stream, every rock has a spirit of its own. Every river, every natural object has a spirit that has to be somehow taken account of or placated. Of course hunters and gatherers pay close attention to nature in a way that agriculturalists don’t have to. But I would argue that the world of spirits in nature in pre-monotheism is a view of nature that is more likely to be respectful of the limits of nature, that is to say, foragers will only hunt males, or will preserve small fish so that they will be around for a sustainable yield much later. There’s a sense of respecting the natural limits and rhythms of the natural world, both out of self-interest and out of a respect for its own agency.

via On Foraging and Freedom | aNtiDoTe Zine