I think something which has been the undercurrent to this conversation is the spectre of what has now quite openly and explicitly been called fascism. We have talked about it with Kingsnorth, and early on in relation to ‘Lifeboat Ethics’, and how it would be quite easy to imagine a response to climate change in which those at the top of systems of oppressive power, those empowered by capital, the state, gender, class, race, sexuality, do just basically live out a sort of super privileged version of what Rebecca Solnit is talking about. The classic vision of dystopian films recently has been that either the rich people go and live in the sky or a magic island etc, but that doesn’t seem realistic. Actually, what’s more likely to happen is that the city breaks up into increasingly small fragments in which extreme privilege and protected privilege is surrounded by a mass of those who don’t have the power to defend themselves, and that plays out around moments of disasters as well. There’s several accounts I remember reading after Hurricane Sandy of people watching the streets of New York, just as the hurricane was about to hit, filled with carloads of rich white New Yorkers going to the countryside or going to stay in hotels – they were being filmed by black and latino workers who had to stay at work. There’s something strong there about the nature of the disaster – some people literally in the absurd, nightmarish situation of not being able to escape the disaster because their boss wouldn’t let them.

via On Climate / Borders / Survival / Care / Struggle | base

An ecological civilization would be based on the core principles that sustain living systems coexisting stably in natural ecologies. Insights into how ecologies self-organize offer a model for how we could organize human society in ways that could permit sustainable abundance. Organisms prosper when they develop multiple symbiotic relationships, wherein each party to a relationship both takes and gives reciprocally. In an ecology, energy flows are balanced and one species’ waste matter becomes nourishment for another. Entities within an ecology scale fractally, with microsystems existing as integral parts of larger systems to form a coherent whole. In a well-functioning ecosystem, each organism thrives by optimizing for its own existence within a network of relationships that enhances the common good. The inherent resilience caused by these dynamics means that—without human disruption—ecosystems can maintain their integrity for many thousands, and sometimes millions, of years.

In practice, transitioning to an ecological civilization would mean restructuring some of the fundamental institutions driving our current civilization to destruction. In place of an economy based on perpetual growth in GDP, it would institute one that emphasized quality of life, using alternative measures such as a Genuine Progress Indicator to gauge success. Economic systems would be based on respect for individual dignity and fairly rewarding each person’s contribution to the greater good, while ensuring that nutritional, housing, healthcare, and educational needs were fully met for everyone. Transnational corporations would be fundamentally reorganized and made accountable to the communities they purportedly serve, to optimize human and environmental wellbeing rather than shareholder profits. Locally owned cooperatives would become the default organizational structure. Food systems would be designed to emphasize local production using state-of-the-art agroecology practices in place of fossil fuel-based fertilizer and pesticides, while manufacturing would prioritize circular flows where efficient re-use of waste products is built into the process from the outset.

In an ecological civilization, the local community would be the basic building block of society. Face-to-face interaction would regain ascendance as a crucial part of human flourishing, and each community’s relationship with others would be based on principles of mutual respect, learning, and reciprocity. Technological innovation would still be encouraged, but would be prized for its effectiveness in enhancing the vitality of living systems rather than minting billionaires. The driving principle of enterprise would be that we are all interconnected in the web of life—and long-term human prosperity is therefore founded on a healthy Earth.

via We Need an Ecological Civilization Before It’s Too Late

Watch as Silicon Valley replaces everything with robots. New fundamentalist deathcults make ISIS look like child’s play. The authorities release a geolocation app to real-time snitch on immigrants and political dissent while metafascists crowdfund the next concentration camps. Government services fail. Politicians turn to more draconian measures and the left continues to bark without teeth. Meanwhile glaciers melt, wildfires rage, Hurricane Whatever drowns another city. Ancient plagues reemerge from thawing permafrost. Endless work as the rich benefit from ruin. Finally, knowing we did nothing, we perish, sharing our tomb with all life on the planet.

via Inhabit: Instructions for Autonomy

Only one of the many life support systems on which we depend – soils, aquifers, rainfall, ice, the pattern of winds and currents, pollinators, biological abundance and diversity – need fail for everything to slide. For example, when Arctic sea ice melts beyond a certain point, the positive feedbacks this triggers (such as darker water absorbing more heat, melting permafrost releasing methane, shifts in the polar vortex) could render runaway climate breakdown unstoppable. When the Younger Dryas period ended 11,600 years ago, temperatures rose 10C within a decade.

via The Earth is in a death spiral. It will take radical action to save us | George Monbiot | Opinion | The Guardian

“Geologists in millions of years may look at the Anthropocene as a brown layer of sediments lost in the geological record,” Sulpis said. “It’s a bit mind blowing. So at the end of the day, when we do take a step back and contemplate these results, it becomes scary.”

via The Seafloor Is Dissolving Because of Climate Change – Motherboard 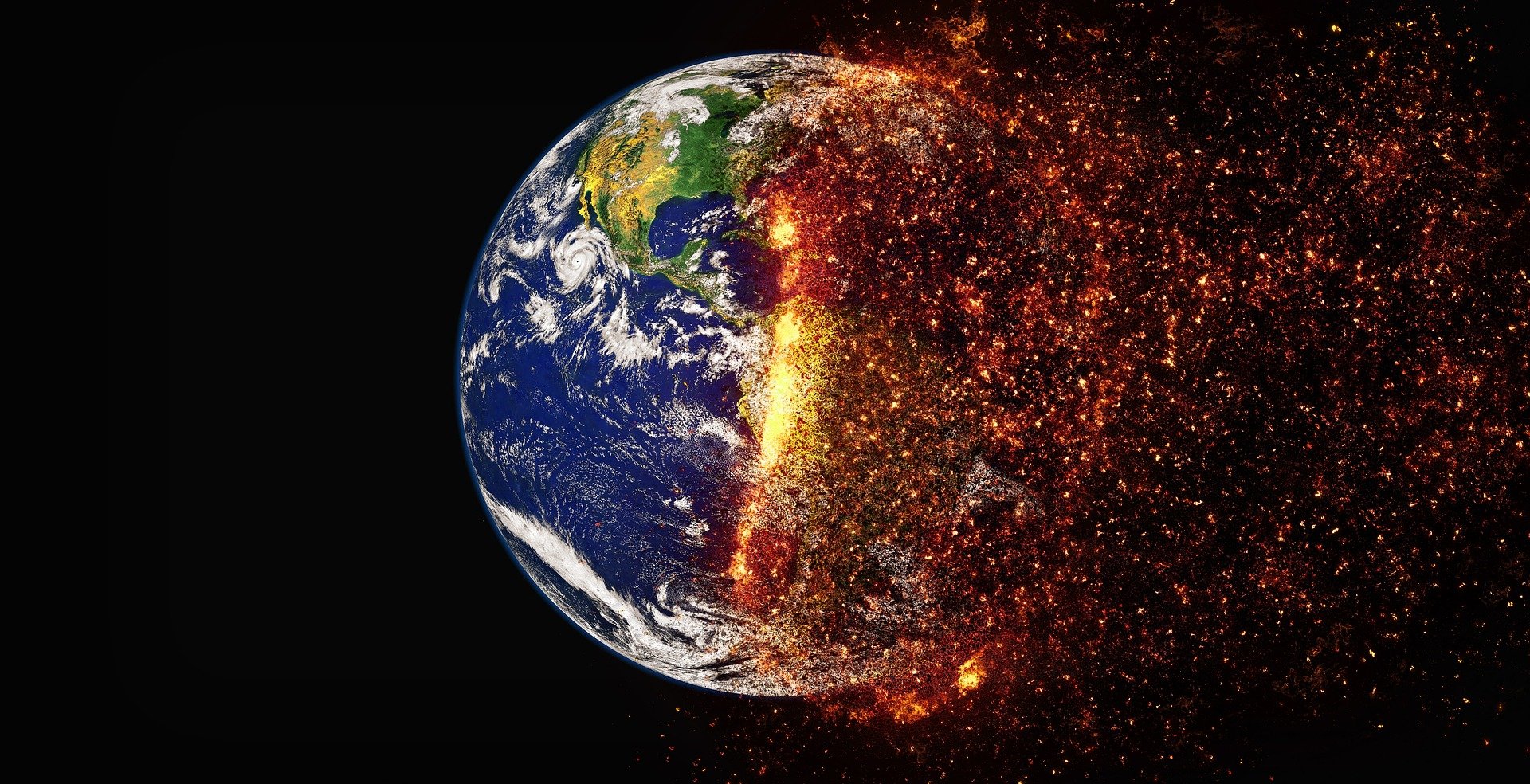 A new conception of sovereignty vested in the Earth and asserting the pre-eminence of respect for all life and the integrity of the biosphere has become a necessity. Such a definition of Earth sovereignty as prior to and more fundamental than human agency would provide a basis on which to reframe all our doctrines of authority, justice and responsible governance.