“We were the first that ever burst into that silent sea.”– STColeridge, Rime of the Ancient Mariner

Like the mariners of old, humanity has embarked on a deadly voyage into a world unable to support life in its current abundance. A stagnant, dying world where poisons seep amain through ocean and atmosphere.

Life first appeared on Earth around 3.8 billion years ago, not long after the planet itself formed. But for the next 3 billion years it did very little. There was something about those dark, primordial oceans that prevented lifeforms such as we see today, and such as ourselves, from arising. Only bacteria and primitive algae could survive. Then, around 700 million years ago, life burst forth in all its magnificent variety, growing from the simple creatures we see in the Ediacaran rocks of Australia to fish, plants and land-dwelling animals by around 300 million years ago.

A powerful and inspiring book calling for resistance to the Great Reset and its world is making waves in France.

What is perhaps surprising is that it has been published by Seuil, one of the big Parisian publishing houses.

What is less surprising is thatManifeste conspirationnistehas come under attack from all the usual pro-system sources, not least on theleft.

Although this anonymous workevidentlycomes from theInvisible Committee, of Tarnac fame, who are usually labelled “ultra-left”, these critics are seeking to smear it with the “far right” association which has today become sopredictableas to be laughable.

Imagining a new opposition to this system, which entirely transcends existing classifications, is apparently beyond the range of their mental powers – or in contradiction to their underlying political aims.

The Most Revolutionary Act 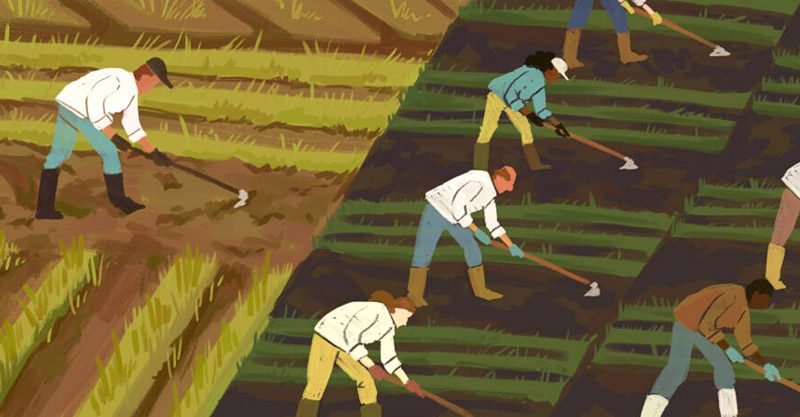 A global food system that is both truly sustainable and sufficiently productive will consist, not of a few massively scaled practices, but rather a vast patchwork quilt of smaller scale solutions that vary dramatically from place to place, over space and over time, in an interplay with local climate, ecology and culture.

Radically reimagining our food systems is a task that is critical to solving the world’s biggest social and ecological problems. It’s also one that garners substantial and often heated debate.

But are we asking the right questions when it comes to evaluating what works, and what doesn’t, for achieving more climate-friendly and food-secure futures?

Scholars and analysts are carefully exploring the potential of a wide range of solutions, from cellular agriculture to regenerative grazing, and asking whether they will scale — that is, whether they can be implemented widely around the globe.

Representational democracy–a.k.a.politics as a solution to social and economic problems–has passed away. It did not die a natural death.Politics developed a cancer very early in life (circa the early 1800s), caused by wealth outweighing public opinion. This cancer spread slowly but metastasized in the past few decades, spreading to every nook and cranny of our society and economy as “democracy” devolved into aninvitation-only auction of elections and political favors.

Politics might have had a fighting chance but three forces betrayed the nation and its citizenry.

1. The Federal Reserve transferred trillions of dollars of unearned wealth into the feeding troughs of the super-wealthy and corporations, vastly increasing the wealth the top 0.01% had to buy elections and favors. The Federal Reserve cloaked its treachery with jargon– quantitative easing, stimulus, etc.–and then stabbed the nation’s representational democracy in…