Back in the 1960s and 1970s, a school of psychologists known as transactional analysts came up with a narrative approach to neurosis and personality disorders. The very simple version of the story is that they found that people with psychological problems were living out self-defeating scripts:  narratives of which the patients themselves were not conscious, but which exerted a potent gravitational attraction on their interactions with other people. If the patients became conscious of the scripts they were acting out, the spell was broken and they could learn less dysfunctional ways of facing life. Transactional analysis fell out of favor once the pharmaceutical industry got its present stranglehold over the healing professions, but its findings remain telling testimony of the power of narrative to shape values and goals in its own image.

via Dancers at the End of Time, Part One: The Flight from Reason – Ecosophia

Such software has certain distinctively teleological features. It employs massive reiteration in order to learn from outcomes. Performance improvement thus tends to descend from the future. To learn, without supervision, is to acquire a sense for fortune. Winning prospects are explored, losing ones neglected. After trying things out – against themselves – a few million times, such systems have built instincts for what works. ‘Good’ and ‘bad’ have been auto-installed, though, of course, in a Nietzschean or fully-amoral sense. Whatever, through synthetic experience, has led to a good place, or in a good direction, it pursues. Bad stuff, it economizes on. So it wins.

Unsupervised learning works back from the end. It suggests that, ultimately, AI has to be pursued from out of its future, by itself. Thus it epitomizes the ineluctable.

For those inclined to be nervous, it’s scary how easy all this is. Super-intelligence, by real definition, is vastly easier than it has been thought to be. Once the technological cascade is in process, subtraction of difficulty is almost the whole of it. Rigorously eliminating everything we think we know about it is the way it’s done.

The notion of the inexistence of man, that we are mere simulacrum of an alien mind, that our lives are but the tributary flow of a malevolent thought would in the tradition of religious iconoclasts be a foolish rebirth of ancient gnostic thought as if the world were the dramatic stage of some elder monstrosity, a demiurgic entity full of blind urges whose creation is a catastrophe – a kenosis, a vastation of immanent oblivion. But this would be wrong, a false estimation of ET’s work. No. He was no latter day Gnostic. His thought is closer to an alien incursion from the future, an artificial thought from some machinic world neither transcendent or parallel to our own, but rather our own world and thought known through an unknowing and non-knowledge, an immanent exploration of the Great Outdoors of our own forgotten reality. For it is us who are the fakes, the lost ones wandering in the maze of an illusory order of our own making. Long ago we built up and constructed this false order to hide from ourselves the very monstrosity of our own hideous life. We are the ones who created this counter-world, a utopia of pain and endless labyrinth of death based on our disgusting need to survive.

via Oblivion’s Paradiso | Break The Code

If we were to make it through this gauntlet of threats, we would still be facing starvation.  Grains, the basis of the world’s food supply, are reduced on average by 6% for every one degree Celsius rise above pre-industrial norms.  We are now about one degree Celsius above and climbing fast; the oceans are warming twice as fast and have absorbed a staggering 93% of the warming for us so far.  If that were not the case, the average land temperatures would be a toasty 36 degrees Celsius (97 degrees Fahrenheit) above what they are now. Of course, there is a huge cost for ocean warming in the form of dying coral reefs, plankton loss, ocean acidification, unprecedented storms, and increased water vapor, which is yet another greenhouse blanket holding heat in the atmosphere.

As I became aware of these facts and many hundreds like them, I also marveled at how oblivious most people are to the coming catastrophes. There has never been a greater news story than that of humans facing full extinction, and yet extinction is rarely mentioned on the evening news, cable channels, or on the front pages of blogs and newspapers. It is as though the world’s astronomers were telling us that an asteroid is heading our way and will make a direct hit destined to wipe out all of life to which the public responds by remaining fascinated with sporting events, social media, the latest political scandals, and celebrity gossip.

However, beginning about five years ago, a few books and other sources of information began to address the chances of full extinction of all complex life, and these became my refuge, even though the information was the most horrific I had ever imagined. 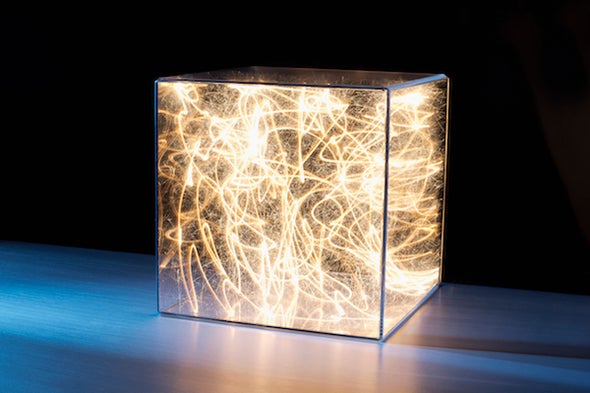 Moreover, since both thoughts and perceptions are mental in essence, this line of reasoning points to mind as the primary substrate of nature, the discernible states of which constitute information.

via Thinking Outside the Quantum Box – Scientific American Blog Network