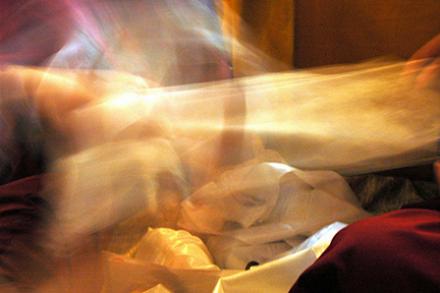 nothing more, nothing less

via Laetus in Praesens: Anthony Judge.

via PLoS Biology: The Macroecology of Sustainability.

Ground Zero – The Essence of Excellence

via An Invocation Against the Inevitable // Skilluminati Research.

dreaming in the void

via dreaming in the void: Express the Source#more.

i don’t know what all happened … but i do know … it had to have been in 1976 when i first encountered K’s words. Now, i had been briefed by some of the works of Ouspensky, Watts, Ram Dass, Osho, Gibran and others, but it was as if, in that first moment of encountering K that it was so obvious that K had the straight dope. It appeared to me that there could be no better expression truth. I still think that.

But what boggles my mind is … why haven’t i changed? Why do i not live that truth every day? Well …

I got a thousand and one excuses. So, ultimately, i must say … i don’t know, not in words i can state, but i can kinda sense it, there in the background, in the shadows. I guess its fear, or the desire for some kind of glory, or the fear of not achieving, or … all that. And its all bullshit.

So … what i talkin’ ’bout aint a meme. Its a living energy. But, yeah, we gonna associate certain symbols or memes when we reference that state of mind …

Anyway, what grabbed my brain function first was the idea of the immediacy of what he termed ‘psychological revolution’ (from the book “The Awakening of Intelligence”). It didn’t take place in ‘time’, like “now or never”. Its like grabbin’ holt ta the business end of a double edged blade (or maybe like the razor’s edge?) ’cause if it aint now, ya stuck with the never. K pointed out that any action taken less than a complete transformation of the mind was just sowing the seeds of sorrow. But in that first moment of observation, before ya start tryin’ ta measure any change, ya here now. Thats the blessing.

Then there was what he called ‘meditation’, total negation equalled the Cosmos. Awesome. And i applied what he said, at that time, and gained some experience … so why haven’t i changed?

But even more than all that … i have no excuse. Why? ‘Cause i was in his presence. There is no comparison between whatchin’ the vids or reading the books and encountering the force and light that exploded and radiated from this guy. I bear witness.

That force and that light are what i talkin’ ’bout when i say to be “wholly conscious”. Consciousness is primary. It permeates, it creates, it is the source of the universe – and we can’t, have never, nor ever will … be separate from that.

We are embedded in consciousness. Even when we are “unconscious”. When we sleep, there is still a consciousness that keeps our lungs breathin’ and our heart beatin’ and our food digestin’ etc., and allows us to dream – a whole ‘nother dimension of consciousness. Of course, for most of us, even when we’re ‘awake’ we only semi-conscious, ’cause we still bein’ driven by thought, just like dreamin’. And then when we die … consciousness … er, well, anyway … the implication is that right now here, our brains aren’t separate.

Not only are our brains functionally the same, built up out of billions of years of evolution, so are our ideas, images, emotions, symbols – the whole structure of our thought, the memeplex, – is pretty much the same the world over. We all want to love and be loved.

So why haven’t i changed, i mean like each moment perfection, now and forever …