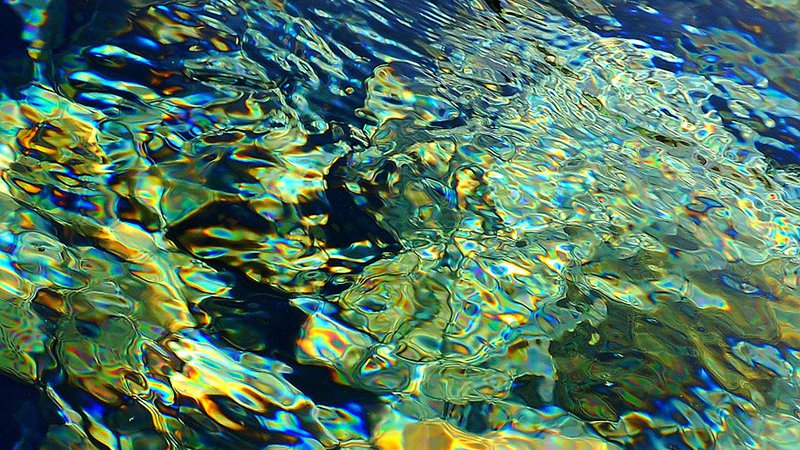 With an understanding of wyrd comes a great responsibility. If we know that every action we take (or fail to take, for that matter) will have implications for our own future choices and for the future choices of others, we have an ethical obligation to think carefully about the possible consequences of everything we do. But even if we manage to make all the right choices, we are bound to find ourselves facing difficult circumstances or tough decisions at various times in our lives as a result of the past choices of those connected to us through the web. Since we can’t control everyone else’s actions, nor can we change the past, sometimes we just have to live with what’s been woven for us. In such a case we still have choices. We can ignore our problems in the hope that they will go away, we can burden other people with them, or we can boldly face up to them and do our best to overcome them.

via What is Wyrd?

The geometry of Fractals lies somewhere between dimensions. To be totally accurate “fractal” is even not a ‘thing’ at all but more like a unit of measure or mathematical characteristic. For example each fractal has a ‘fractal dimension’ which is it’s degree of regularity and repetition.

More and more people (although not nearly enough) are coming to recognise that humanity cannot continue on its current trajectory, as the limits we face become ever more obvious, and their implications starker. There is a growing realisation that the future must be different, and much thought is therefore being applied to devising supposed solutions for that future.

These are generally attempts to reconcile our need to make changes with our desire to continue something very much resembling our current industrial-world lifestyle, with a view to making a seamless transition between the now and a comfortably familiar future. The presumption is that it is possible, but this rests on foundational assumptions which vary between the improbable and the outright impossible. It is a presumption grounded in a comprehensive failure to understand the nature and extent of our predicament.

We are facing limits in many ways simultaneously – not surprising since exponential growth curves for so many parameters have gone critical in recent decades, and of course even more so in recent years. Some of these limits lie in human systems, while others are ecological or geophysical. They will all interact with each other, over different timeframes, in extremely complex ways as our state of overshoot resolves itself (to our dissatisfaction, to put it mildly) over many decades, if not centuries. Some of these limits are completely non-negotiable, while others can be at least partially mutable, and it is vital that we know the difference if we are to be able to mitigate our situation at all. Otherwise we are attempting to bargain with the future without understanding our negotiating position.

The vast majority has no conception of the extent to which our modernity is an artifact of our discovery and pervasive exploitation of fossil fuels as an energy source. No species in history has had easy, long term access to a comparable energy source. This unprecedented circumstance has facilitated the creation of turbo-charged civilization.

via Nicole Foss: The Boundaries and Future of Solution Space – The Automatic Earth.

“Quantum physics’ predictions about interference seem odd enough when applied to light, which seems more like a wave, but to have done the experiment with atoms, which are complicated things that have mass and interact with electric fields and so on, adds to the weirdness,” said Roman Khakimov, PhD student at the Research School of Physics and Engineering.

Professor Truscott’s team first trapped a collection of helium atoms in a suspended state known as a Bose-Einstein condensate, and then ejected them until there was only a single atom left.

The single atom was then dropped through a pair of counter-propagating laser beams, which formed a grating pattern that acted as crossroads in the same way a solid grating would scatter light.

However, the random number determining whether the grating was added was only generated after the atom had passed through the crossroads.

If one chooses to believe that the atom really did take a particular path or paths then one has to accept that a future measurement is affecting the atom’s past, said Truscott.

“The atoms did not travel from A to B. It was only when they were measured at the end of the journey that their wave-like or particle-like behavior was brought into existence,” he said.

Or maybe it is: in the last few years, several scientists and philosophers, Chalmers and Koch among them, have begun to look seriously again at a viewpoint so bizarre that it has been neglected for more than a century, except among followers of eastern spiritual traditions, or in the kookier corners of the new age. This is “panpsychism”, the dizzying notion that everything in the universe might be conscious, or at least potentially conscious, or conscious when put into certain configurations. Koch concedes that this sounds ridiculous: when he mentions panpsychism, he has written, “I often encounter blank stares of incomprehension.” But when it comes to grappling with the Hard Problem, crazy-sounding theories are an occupational hazard. Besides, panpsychism might help unravel an enigma that has attached to the study of consciousness from the start: if humans have it, and apes have it, and dogs and pigs probably have it, and maybe birds, too – well, where does it stop?

via Why can’t the world’s greatest minds solve the mystery of consciousness? | Oliver Burkeman | Science | The Guardian.

Borrowing ideas from holographic photography, the *hologram* is Bohm’s favorite metaphor for conveying the structure of the Implicate Order. Holography relies upon wave interference. If two wavelengths of light are of differing frequencies, they will interfere with each other and create a pattern. “Because a hologram is recording detail down to the wavelength of light itself, it is also a dense *information* storage.” Bohm notes that the hologram clearly reveals how a “total content–in principle extending over the whole of space and time–is enfolded in the movement of waves (electromagnetic and other kinds) in any given region.” The hologram illustrates how “information about the entire holographed scene is enfolded into every part of the film.” It resembles the Implicate Order in the sense that every point on the film is “completely determined by the overall configuration of the interference patterns.” Even a tiny chunk of the holographic film will reveal the unfolded form of an entire three-dimensional object.

Proceeding from his holographic analogy, Bohm proposes a new order–the Implicate Order where “everything is enfolded into everything.” This is in contrast to the explicate order where things are unfolded. Bohm puts it thus:

“The actual order (the Implicate Order) itself has been recorded in the complex movement of electromagnetic fields, in the form of light waves. Such movement of light waves is present everywhere and in principle enfolds the entire universe of space and time in each region. This enfoldment and unfoldment takes place not only in the movement of the electromagnetic field but also in that of other fields (electronic, protonic, etc.). These fields obey quantum-mechanical laws, implying the properties of discontinuity and non-locality. The totality of the movement of enfoldment and unfoldment may go immensely beyond what has revealed itself to our observations. We call this totality by the name *holomovement.*”

via Bohm’s Gnosis: The Implicate Order.